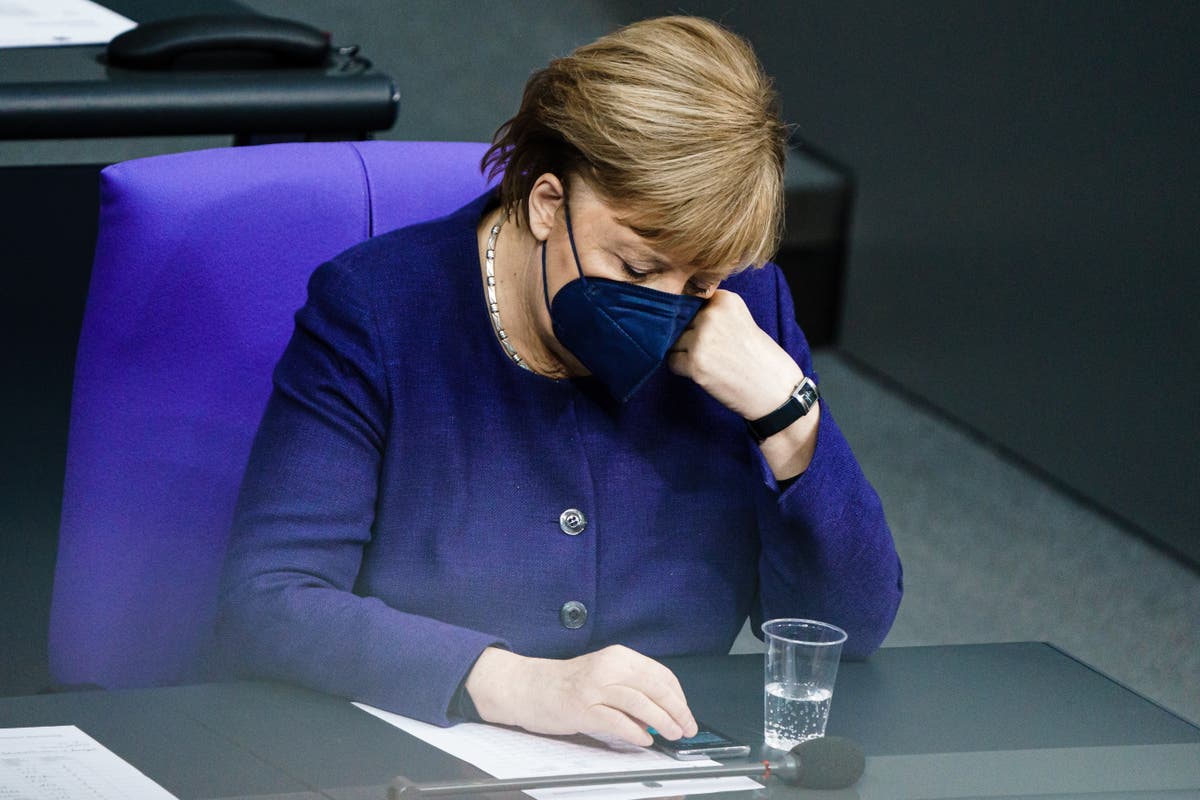 Germany has agreed a series of tougher Covid-19 measures which stipulate that only those who have been vaccinated, test negative or have recovered from the virus can use public transport or go in to work from next week.

Although not as severe as the lockdown rules imposed this week by the country’s neighbours Austria and the Czech Republic, the latest restrictions come after alarming warnings that Germany is facing a “horrible Christmas” as infection rates surge.

The German parliament passed the new measures on Thursday. There is growing exasperation from officials that one-third of the adult population remains unvaccinated.

Chancellor Angela Merkel will take part in a video conference on Thursday afternoon with the 16 German state premiers to discuss how else to combat a sharp surge in coronavirus infections in the last two weeks that threatens to overwhelm hospitals, with more than 50,000 new infections being reported every day – a 10-fold increase from a few weeks ago.

“We are facing a serious emergency situation,” said Lothar Wieler, the head of the Robert Koch Institute, which monitors public health in Germany.

“We’re looking at a horrible Christmas break if we don’t act now. We’ve never been as worried as we are right now. The outlook is bleak, extremely bleak. Anyone who can’t see how serious it is is making a big mistake.”

The normally cautious and mild-mannered Mr Wieler said that the government had made mistakes by reopening too much of the economy too soon after an earlier lockdown in the spring, and that the country’s vaccination rate of around 67 per cent was simply too low to slow the spread of the virus.

“We’ve got to stop giving those who are unvaccinated chances to avoid getting it with tests,” he said, adding that he wants to see pharmacies joining the ranks of those who are vaccinating people.

“Every man and every mouse who can inject a shot should be vaccinating people now. Otherwise we’re never going to get on top of this.”

Saxony’s state premier Michael Kretschmer avoided the word “lockdown” in a speech to the state assembly on Thursday morning, but called for “tough and clear wave-breaker” restrictions in his state for the next two to three weeks as the seven-day incidence level surged to 761 – the highest level in Germany and double the national average of 336.

“If we want to break this wave, we’re not going to achieve that by only talking to those who haven’t been vaccinated,” said Kretschmer. “We’re going to have to take a big leap. It’s a bitter experience but it’s probably our only hope.”

Michael Albrecht, the hospital coordinator in Saxony, which has Germany’s lowest vaccination rate (below 60 per cent), said: “We need a complete lockdown for the next 14 days.”

Meanwhile in Hungary, Gergely Gulyas, the chief of staff of prime minister Viktor Orban, announced on Thursday that new measures would be introduced across the country. Booster vaccines against Covid-19 are to be made mandatory for all healthcare workers, and the wearing of masks in most indoor areas will be compulsory from Saturday.

Mr Gulyas told a government briefing that only vaccines could provide protection against the coronavirus. Hungary reported 10,767 new Covid-19 infections on Thursday, its highest daily total since the end of March.

In Slovakia, people who have not received a vaccine will be banned from non-essential stores and shopping malls from Monday, and will not be allowed to attend public gatherings. In addition, they will have to submit twice-weekly tests in order to attend work. In the hardest-hit parts of the country, restaurants and gyms will be closed.

The country’s prime minister, Eduard Heger, called the measures “a lockdown for the unvaccinated”, saying that they were likely to continue for three weeks but that the government would “react promptly” if it became clear that the restrictions were not having the desired effect.

Growing up in foster care, Michigan’s ‘Kid Santa’ works to give every kid a Christmas gift

Give Your Kids Experiences Instead of Toys This Holiday Season