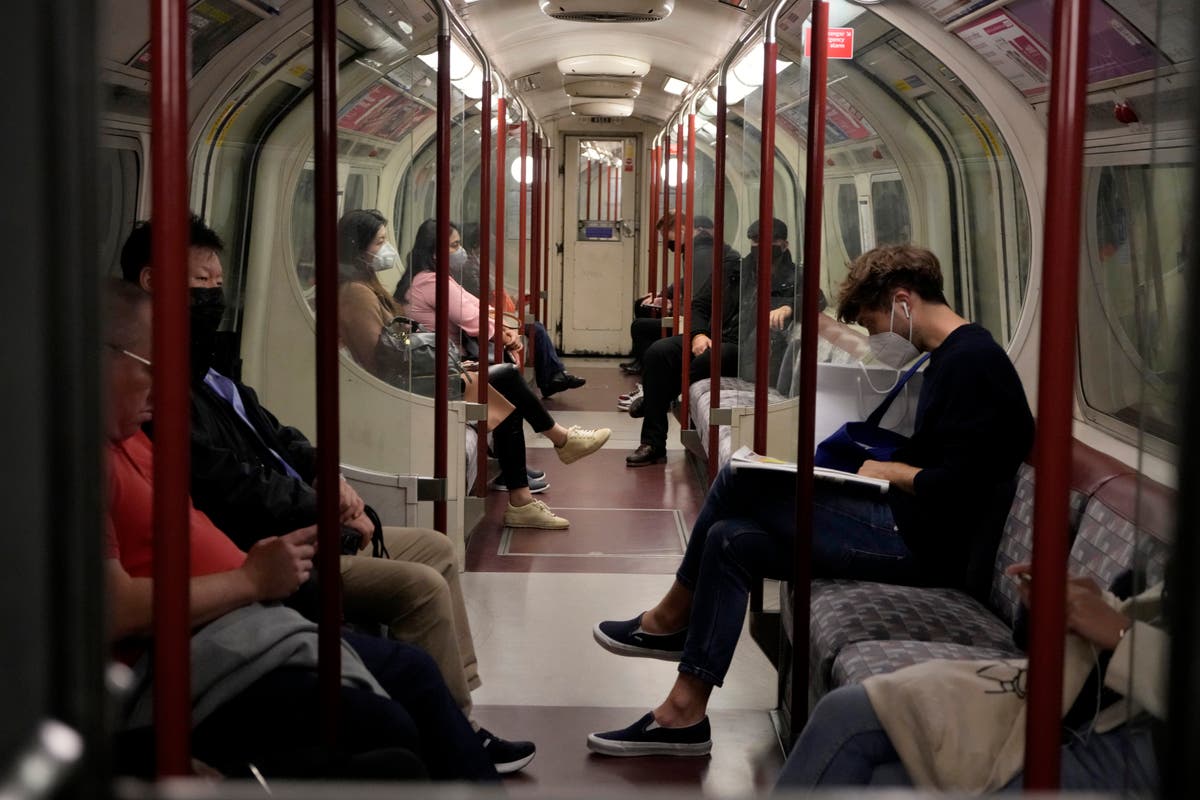 London Underground workers have planned a series of strikes in the run-up to Christmas to protest against “unacceptable” Tube drivers’ rotas.

This weekend, members of the Rail, Maritime and Transport (RMT) union are planning to take industrial action during the day and night.

The first two days of the industrial action, on Friday 26 and Saturday 27 November, are set to coincide with the reintroduction of Night Tube services since they were suspended in March 2020.

RMT members are also planning to strike on six other nights: this Sunday (28 November), and on Friday 3 December, Saturday 4, Friday 10, Saturday 11, and Friday 17.

The overnight strikes are scheduled from 8.30pm to last until 4.30am the next morning.

Transport for London (TfL) said if the action goes ahead it would severely disrupt day and night services on the Central, Jubilee, Northern, Piccadilly and Victoria lines.

An RMT spokesman confirmed to The Independent that the strike is set to go ahead from this Friday night – but both sides have not ruled out further talks.

The Night Tube, which has run on Fridays and Saturdays since August 2016, is resuming this weekend after the services were suspended during the pandemic due to lack of demand and staff because of social distancing regulations.

In October, it was announced that the restarting of the Night Tube had been brought forward from April 2022.

It came after the public had demanded safer night-time transport for women after a number of attacks, rapes and murders in London.

Businesses and politicians have also called for a quicker restarting of the Night Tube to help boost trade of night-time industries.

After the announcement that the Night Tube is resuming five months earlier than expected, RMT outlined its demands and slammed “the imposition of unacceptable and intolerable” shift scheduling.

The union said the new rotas would “wreck work-life balance by bulldozing through additional night and weekend working.”

The RMT said that Tube management members them with “no alternative” but to take industrial action after having “failed to engage positively”.

General secretary Mick Lynch said: “We have made every effort in Acas and direct talks to resolve this dispute – but it is clear that LU bosses are driven solely by the bottom line and have no interest whatsoever in the wellbeing of their staff or the service to passengers.

“We will take no lectures from LU on safety as no one has worked harder to ensure a safe environment for women on London Underground than the RMT.

“While Tube bosses have axed staff and left stations routinely unstaffed, with all of the obvious risks, we have campaigned relentlessly for the front line, physical ‎presence of visible staff on stations and platforms. LU have ignored us as cuts come first.

“We are now being repaid by the imposition of working arrangements that would wreck the work-life balance of our members. No one should underestimate the anger this issue has generated amongst drivers.

“All of this was avoidable if the Tube management hadn’t axed dedicated Night Tube staff and perfectly workable arrangements in order to cut staffing numbers and costs.

“RMT has supported the introduction of the Night Tube but we know full well that prior to its suspension during the pandemic it was a magnet for violent, abusive and anti-social behaviour and trying to run it on the cheap will make that situation even worse.

“We warned months ago that slashing 200 Night Tube Train Driver positions would create a staffing nightmare and LU need to start facing up to that reality and soon. The union remains available for further talks.”

Nick Dent, director of London Underground customer operations, said: “At such a pivotal time for the capital’s recovery, we are hugely disappointed that the RMT is threatening London with this unnecessary action.

“By making changes to Tube driver rosters, we have provided greater flexibility for drivers as well as permanent work and job certainty, something welcomed by all other unions.

“The return of Night Tube is a hugely significant moment for the night-time economy and for Londoners travelling late at night who will have improved journey times and an additional safe travel option.

“We have been meeting with RMT for a number of months through Acas to try and resolve their issues and we remain open to talking further.”

Confessions of a Stay-at-Home Dad

Growing up in foster care, Michigan’s ‘Kid Santa’ works to give every kid a Christmas gift

Give Your Kids Experiences Instead of Toys This Holiday Season

How to Make a Child’s Birthday Special Around the Holidays