It’s Brexmas! From turkeys to alcohol, how will shortages affect Christmas?

With less than a month to go until Christmas, many retailers are not only having to deal with the impact of the pandemic and a global supply chain crisis but are also experiencing the full impact of Brexit on festive demands for the first time.

Here we talk to the people behind four key components of the festive period to see whether we will notice the impact in our houses and at our tables this year.

An estimated six to eight million Christmas trees are sold every year in the UK – each of which has to be felled, pulled out of the field, packed and handed over to the customer.

Usually growers rely on the help of a seasonal workforce to get the job done, many of whom come from outside the UK. But this year, as a result of Brexit, growers have had to find local labourers to step in who may not be as skilled and as a result took longer to do the work. It is feared that this, along with Brexit-related transport issues, could lead to tree shortages. 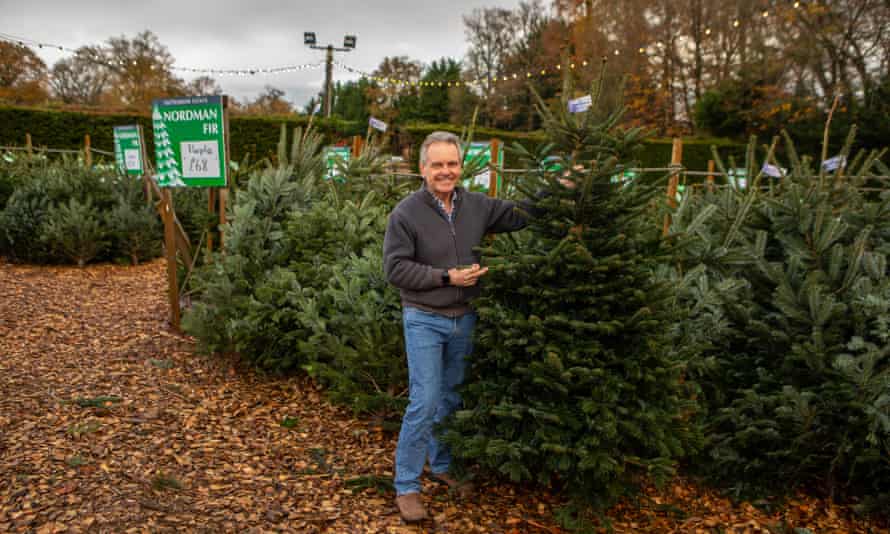 Christopher Hood, the director and founder of Swindon-based Needlefresh, the UK’s largest supplier of trees to blue-chip retail businesses such as Waitrose and Tesco, said that in more than 30 years of working in the business, this season has been one of his hardest and the first time that he has really felt the Brexit effect.

“This is the first year we’ve had real challenges with labour and with transport. We felt it much more this year than last year.” He usually hires 80 to 90 people each year, many of whom usually come from eastern Europe. But this year he had to find and train local labourers.

Another factor causing issues is transport, caused by a shortage of HGV drivers and the fact that most British trees are grown in Scotland.

Hood, whose company uses 700 lorries a year to move trees around the country, said: “We’re having to work a lot harder to get the results and we’re having to ask customers to be much more flexible as to when they take delivery of the trees.”

While he believes he will satisfy all of his tree orders, he has heard that some growers are getting “extremely behind”. He said it is too early to say whether there will be shortages, but that it will become apparent in the next two weeks. “It won’t be a matter of availability of product, it will be the ability to get that product to market.”

The British Christmas Tree Growers Association reported a rise in early inquiries from retailers but urged shoppers not to panic.

Amid Brexit border control issues, shortages of HGV drivers and other staff, combined with pandemic business closures and global shipping disruption, industry leaders have warned of a “cocktail of chaos” that they say could lead to Christmas alcohol shortages.

In a letter to transport secretary Grant Shapps last week a group of 48 wine and spirits companies said rising costs and supply chain chaos have caused delays in wine and spirit deliveries which could lead to empty drinks aisles in supermarkets. 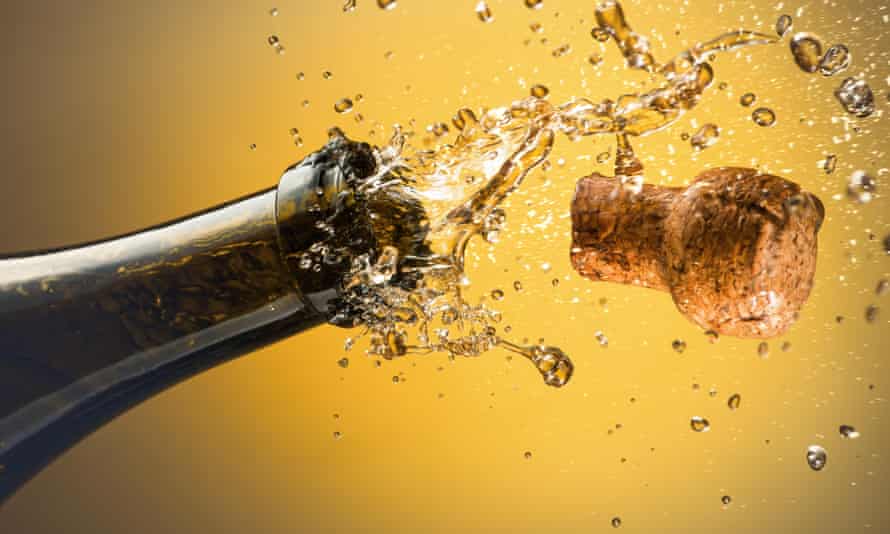 Miles Beale, the chief executive of the Wine and Spirit Trade Association, which coordinated the letter, said the confluence of factors has led to “problems in the supply chain leaving our wine and spirit members faced with major issues getting deliveries to supermarkets, off-licences, pubs and restaurants.” He called on the government to take “action as a matter of urgency to save British business from facing huge losses”.

Pierre Mansour, director of wine at Stevenage-based the Wine Society, said despite having planned for Brexit since the middle of last year, it has made moving stock from vineyards in Europe to the UK “the most logistically and operationally challenging Christmas we’ve had to date”.

In the last 12 weeks of 2019, not including bar, pub and restaurant sales, over 403 million bottles of wine and spirits were sold in the UK, according to Nielsen data, with a total value of £3.4bn. Will there be enough to go around this year?

With shipping times doubled, Mansour advised people to order early, especially if they want a specific brand. Already he said demand is higher than this time last year, which was a record-breaking year for the cooperative wine merchant, with many customers ordering magnums for, Covid-permitting, big family gatherings.

After months of talk of fears of empty shelves in toy shops as a result of the global shipping crisis, industry leaders say there will be toys on the shelves after all, but that if you’re looking for something specific, it’s best to buy it sooner rather than later.

Brexit has led to labour shortages in warehouses and especially for HGV drivers, leading to shortages throughout the supply chain. 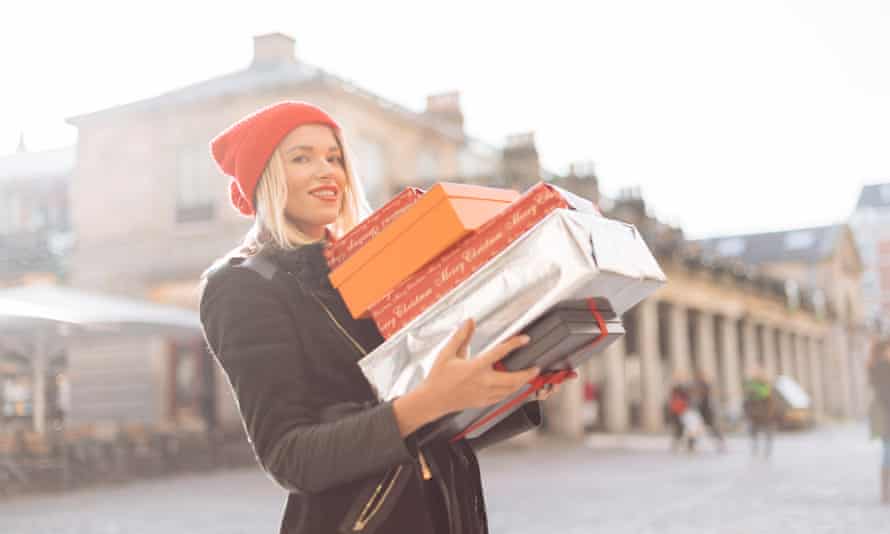 Christmas gifts will be available but there may not be as many choices. Photograph: Ben Pipe Photography/Getty Images/Image Source

Roland Earl, director general of the British Toy & Hobby Association, said: “There will be toys in the shops but there might not be as many choices as there might be in a normal year.” For those seeking a specific gift, he advised people to buy it when they see it rather than wait because once it sells out “restocking is difficult”.

This festive season has been, he said, a “bit of a nightmare” for the industry with “multiple things all happening at the same time”.

While fears around turkey availability appear to have calmed for now, after the government introduced a temporary visa scheme for seasonal poultry workers, the supply of other Christmas staples such as pigs in blankets is still less than certain.

Earlier this month the National Pig Association said thousands of pigs had been culled on British farms, and thousands of more were likely to follow, because of a shortage of skilled labour in the UK following Brexit and warned of a “catastrophic collapse” in the price of pork. 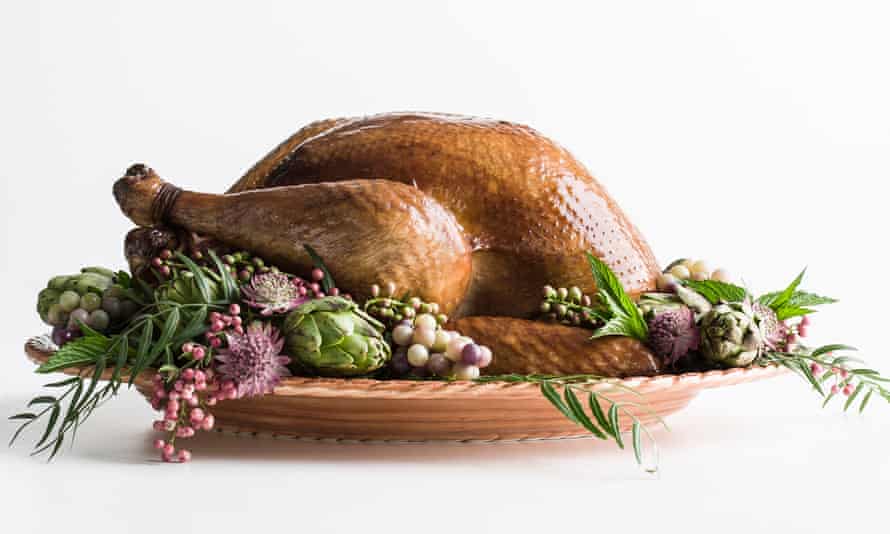 Fears over a turkey shortage have calmed after the government introduced a visa scheme for butchers from outside the UK. Photograph: Manny Rodriguez/Getty Images/Tetra images RF

The government has introduced an emergency visa scheme for 800 butchers to come from outside the UK in the run-up to Christmas but they are reportedly not expected to start work until January.

Sophie Hope, a pig farmer at Alexander and Angell Farms in Gloucestershire, said a shortage of skilled workers in processing plants who usually come from the EU has led to a backlog of pigs. That in turn has led to some farmers having to cull pigs on site which means they cannot be sold. Others end up with pigs that are too big and lose half their value. Hope believes there will be shortages of British pork at Christmas. “There’s not a shortage of pigs on the ground, but they’re not being able to be slaughtered and processed,” she said. She fears shops may instead import pork to fill gaps on shelves, which she said, “obviously doesn’t help us British farmers at all”.

Meanwhile, shoppers appear to be getting their orders for Christmas food in early. Marks & Spencer said it closed its Christmas food-order service early this year because all the slots were taken more quickly than normal – despite having more slots: “There’s not been a supply issue but certainly shoppers did shop early.”

A government spokesperson said the food supply chain is “highly resilient” and has “coped well in responding to unprecedented challenges.”